Is this autumn the right time for Iceland? By Mike Klein

Autumn can be a great time to visit Iceland.  Following an unexpectedly busy summer travel season, this coming autumn promises easier access to accommodation and rental cars, and even more open space in which to enjoy the country’s amazing scenery, distinctive cuisine and engaging small towns.

“This summer saw more tourists than anyone expected, with the number of visitors passing through our International Airport in Keflavik exceeding 2019 levels,” said Helga Kristin Fridjonsdottir (Helga Stina), owner of the Iceland Travel Planning agency, Iceland Unwrapped.  “Things will calm down a bit in the Autumn, which makes it a great time of year to come.” 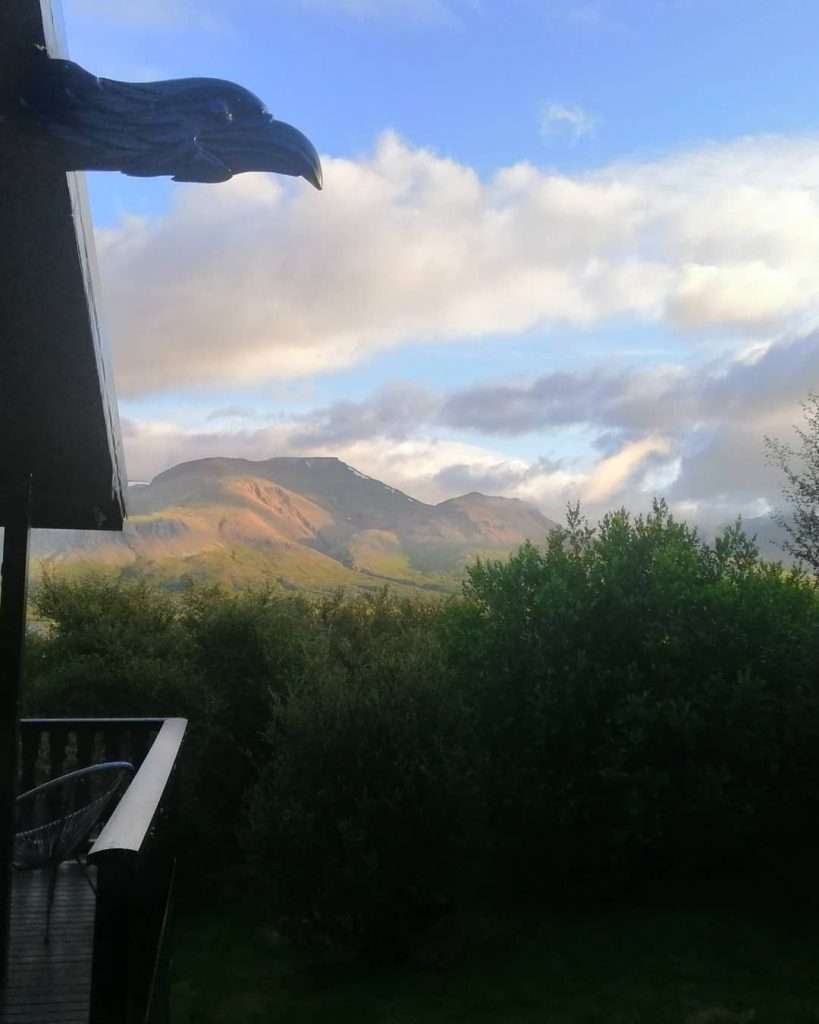 The resurgence of national airline Icelandair and the arrival of new Icelandic low-cost startup PLAY on the scene means that can be reached by direct flights from nearly every major European city and more than 12 US cities as well.  Helga Stina explains: “Our position in the North Atlantic gives us the ability to have much better air service than a place with 380,000 residents would otherwise merit. We have a real air hub here, as many passengers choose Iceland as a place to connect between North America and Europe, and the Icelandic airlines both offer free stopovers to allow their passengers to visit Iceland between their flights.”

The Icelandic carriers’ year-round destinations (as of September) are expected to include:

Other airlines serving Keflavik International, which is 45 minutes away from Reykjavik, on a year-round basis include Air Baltic, Atlantic Airways, Eurowings, Finnair, Iberia Express, Jet2, Lufthansa, Norwegian, SAS and Wizz. 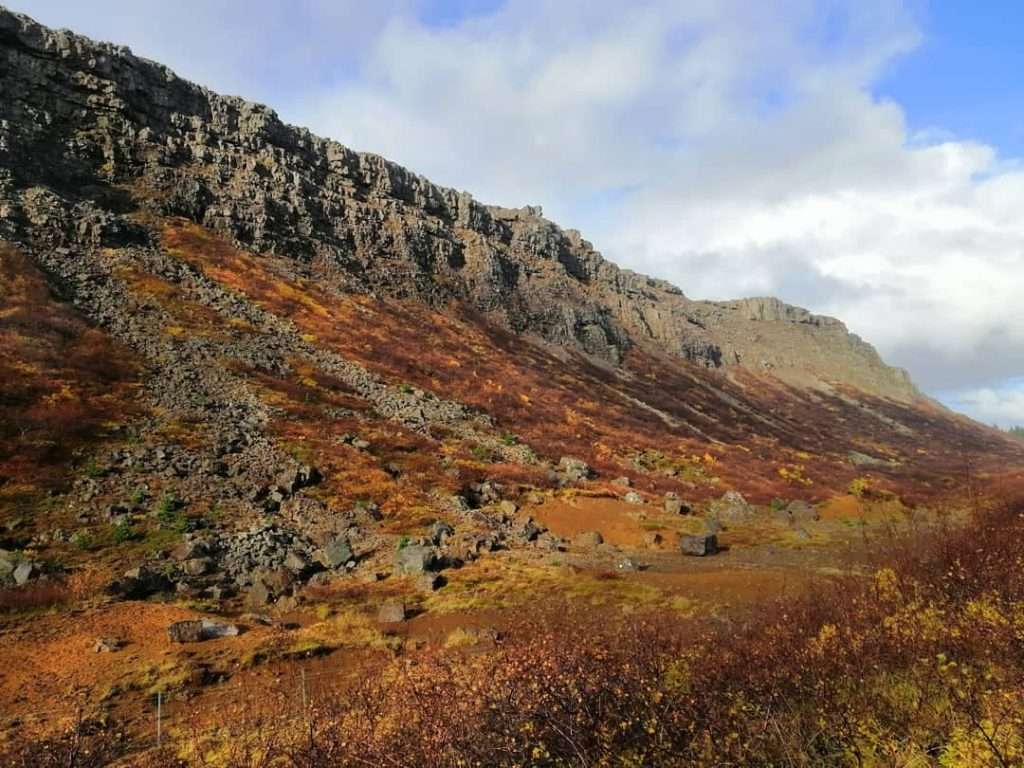 The return of the Northern Lights and Iceland’s pool culture

The end of the summer heralds the departure of Iceland’s beloved midnight sun – but the ensuing night-time darkness allows for the return of the Northern Lights, particularly after the autumnal equinox.  “Northern Lights are never guaranteed on a visit to Iceland, but autumn can be a good time to find them – as the nights are dark yet not excessively long.”

The autumn is also an excellent time to experience Iceland’s geothermally-fuelled “pool culture.”

“One of the things my visitors love, and indeed, Icelanders love, is the ability to swim and bathe outdoors on a year-round basis. Not only the Blue Lagoon, but all of the pools and spas here, use our abundant geothermally heated water – and in the autumn, it’s possible to swim outside under the stars or even the Northern Lights if they are visible.”

Autumn weather can be unpredictable, even if Iceland has largely had a cool, dry summer. “But the good news about pool culture is that it can be a lot of fun to go to one of our heated pools in the rain or even during some snow.” 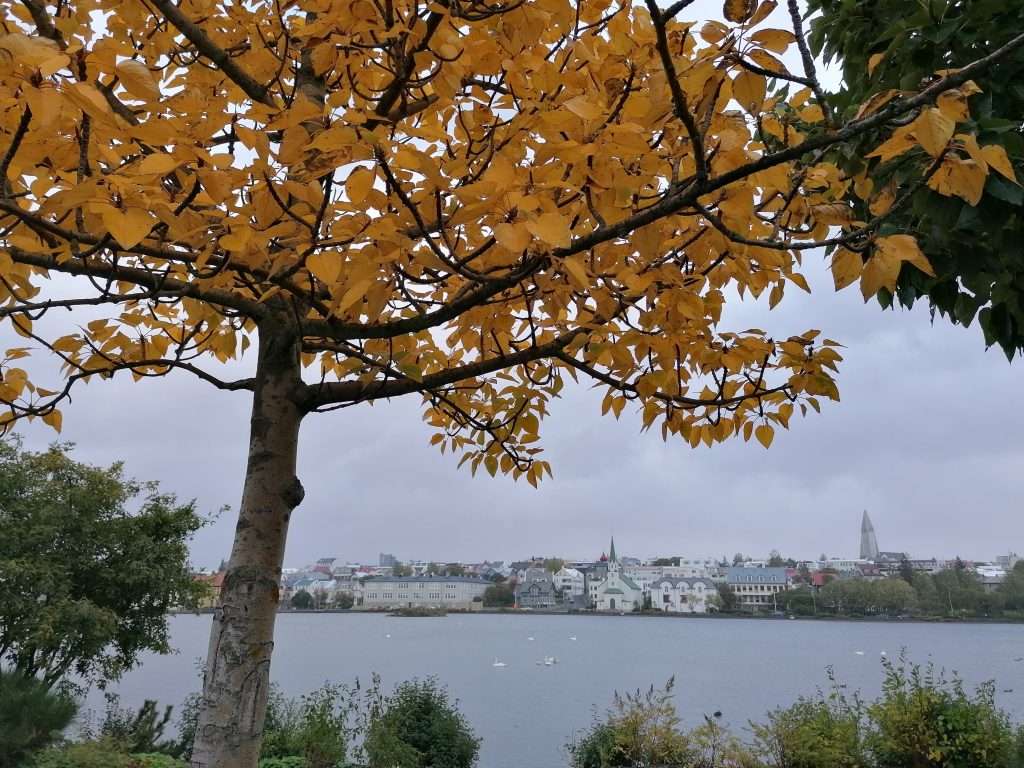 While most places greet volcanic eruptions with fear, Icelanders greeted the country’s latest eruption with cheer, as it’s located well away from populated areas but in a reasonably accessible location less than an hour’s drive from the country’s capital of Reykjavik.  “It’s a bit of a hike, but tens of thousands have already come to see the volcano on foot, and there are additional opportunities to see it by helicopter as well.” 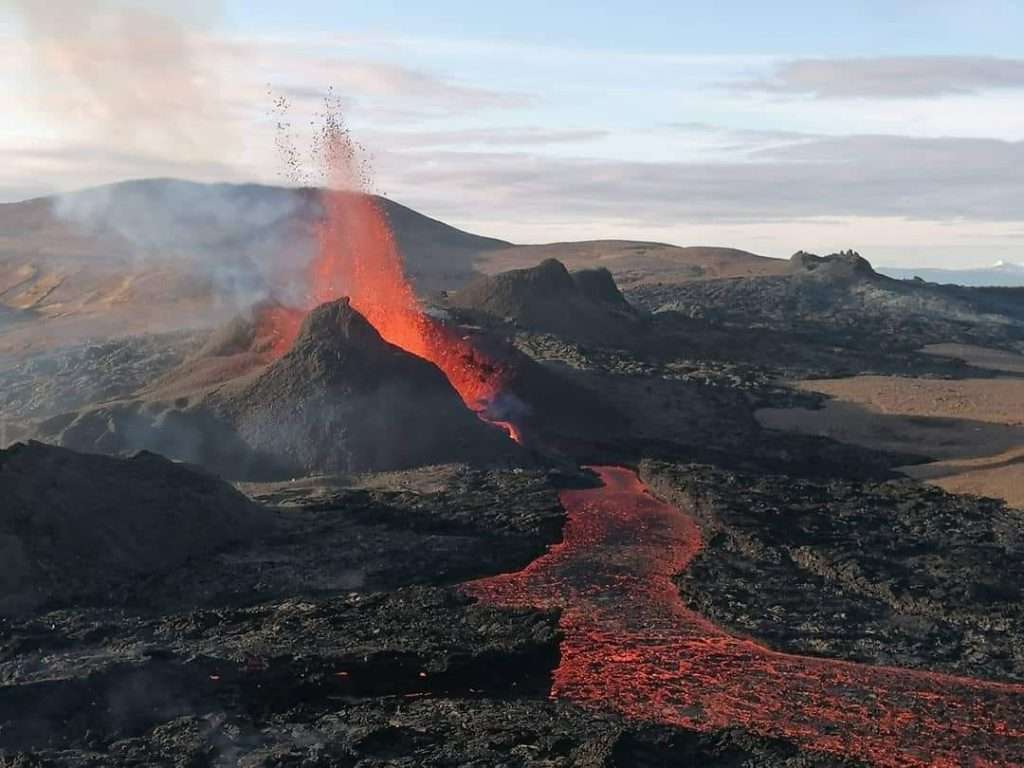 If you are planning to come to Iceland this autumn, here are some key things to consider:

“Iceland is not a large country – but the driving distances can be far slower than you’d expect in most other developed countries.  A distance that takes four hours elsewhere can easily take eight or more here because of the density of the amazing sights and scenery.”

“Specifically – don’t try to do the ring road in less than 10 days.” 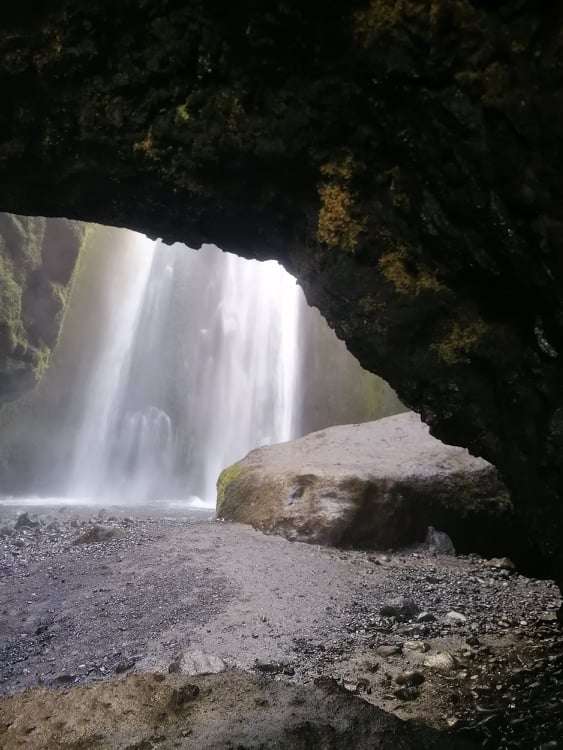 “A lot of the ‘discount’ rental offices only have one location and that could be bad news if you get stuck on the road.  Once you get out of Reykjavik, you don’t have a lot of service options and something like a flat tire can be a catastrophe, completely throwing off your schedule and potentially leaving you a massive wait in an isolated location.” 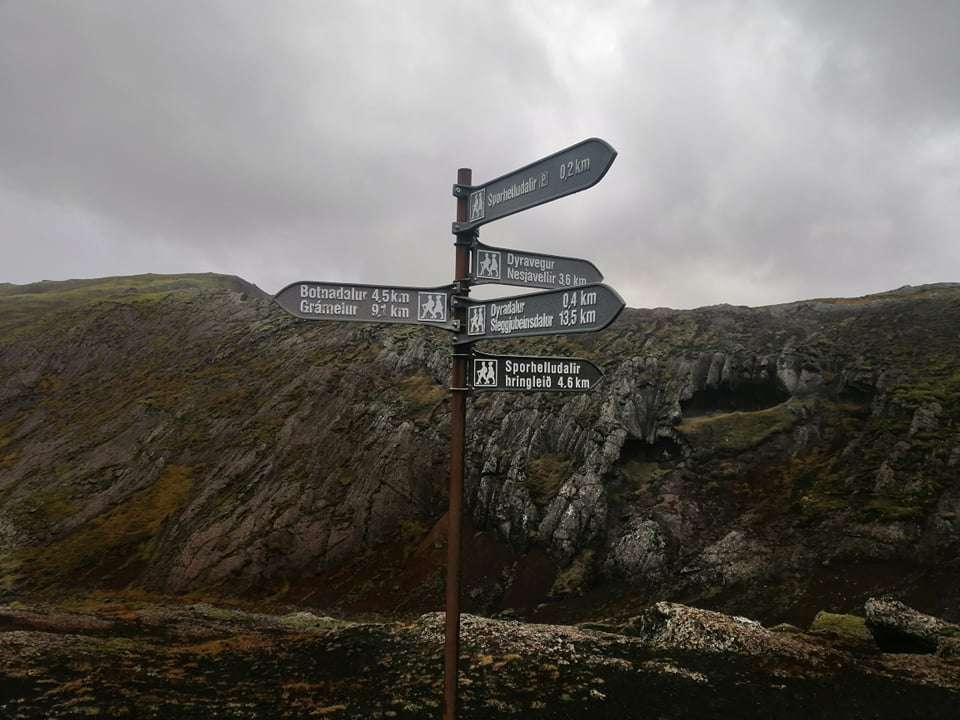 “A lot of travellers think Iceland would be an easy destination because it’s a developed country with a lot of visitors.

“But there are a lot of reasons to use a travel planner.  As mentioned, the driving times and driving logic may not be apparent to someone who’s never been here.  The local language is also very hard for foreigners to pronounce, meaning that while Icelanders speak good English, they can’t always understand foreigner’s attempts to make out place names, many of which are quite similarly spelled but in wildly different locations.

“Accommodation in Iceland is also of extremely variable quality, with very limited relationships between pricing and quality levels, and star ratings being given on the basis of amenities and services that may not be available year-round.

“The accommodation I recommend I tend to be familiar with personally, or at least where I know the owners or management. That doesn’t just include hotels and guesthouses, but also cabins and summer houses where you could enjoy the Northern Lights from a private hot tub.”

“The itineraries I recommend are based on travellers’ individual interests and the best use of the customer’s available time and budget.  I’m not afraid to challenge a customer who wants to cover the whole ring road in six days and offer an alternative six-day itinerary that offers a much richer and less pressurized experience.

“The thing most people who’ve never visited Iceland before don’t realize is that because Iceland is volcanic, the landscape is constantly changing, and that doesn’t just apply to the ring road.  You can cover a smaller area and still have at least as rich of an experience. 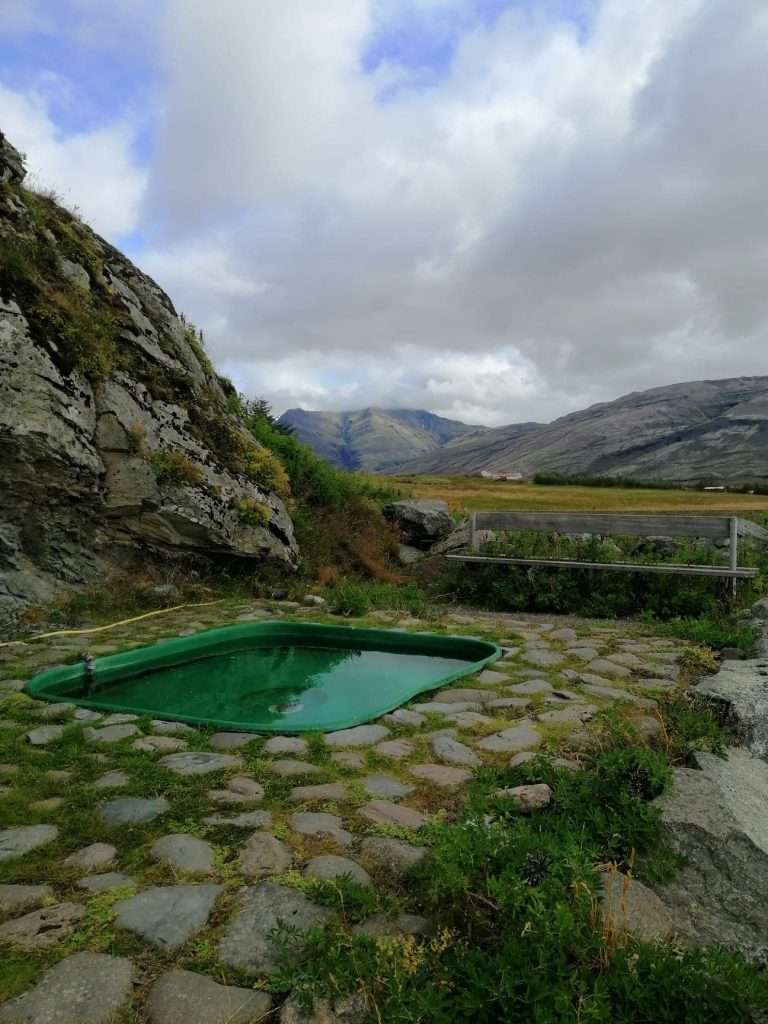 Part of the reason why Helga Stina says that is because she knows the hidden gems which aren’t obvious from the guidebooks or the web.  “There’s so much more to Iceland than the ring road, the Blue Lagoon and the Golden Circle.”

If you are thinking about visiting Iceland this autumn, this coming winter, or next summer, and are considering the use of a personal travel planner, book a free initial conversation with Helga Stina at Iceland Unwrapped