Iceland Unwrapped by Helgastina
8 May 2021

“Yes it’s pretty crazy. It smells like a big bonfire with some sulfur added to it. Very warm indeed, and so windy that the coffee blew from my coffee cup. A bit of a cough, but we are still alive. The hike was two hours up about three mountains”.

This is the conversation I had with a friend this week after hiking to one of the wonders of this world. The birth of new land on Iceland’s Reykjanes Peninsula. 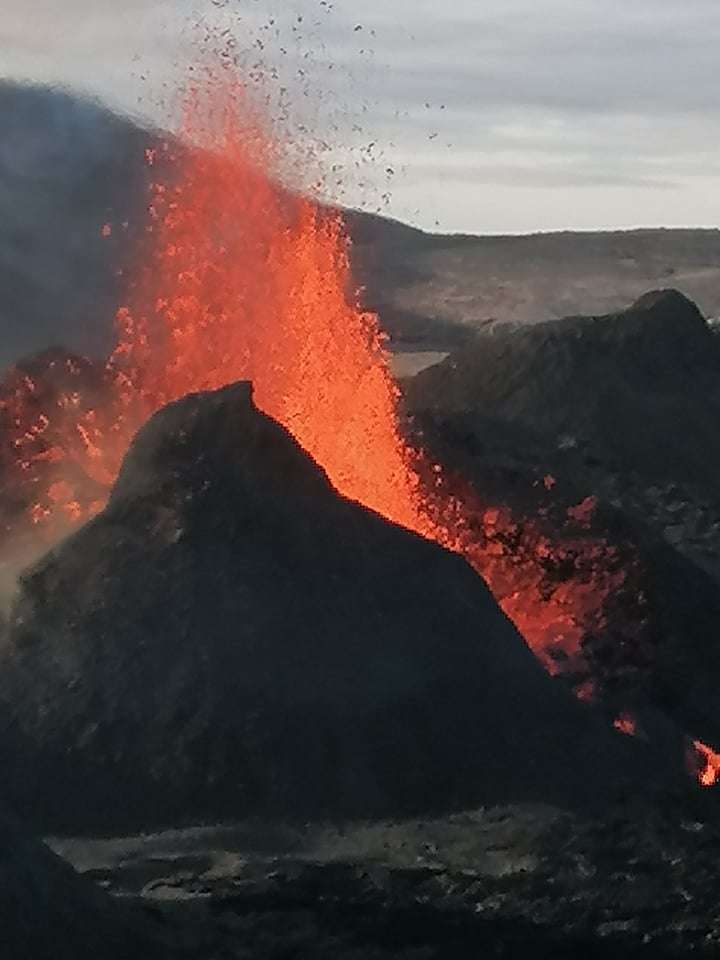 I went with my family last weekend to see the fiery glory. After a challenging hike uphill, the reward was something we all were truly thankful for being able to experience. A once in a lifetime show.  A volcano in full eruption in the beautiful nature of Iceland. 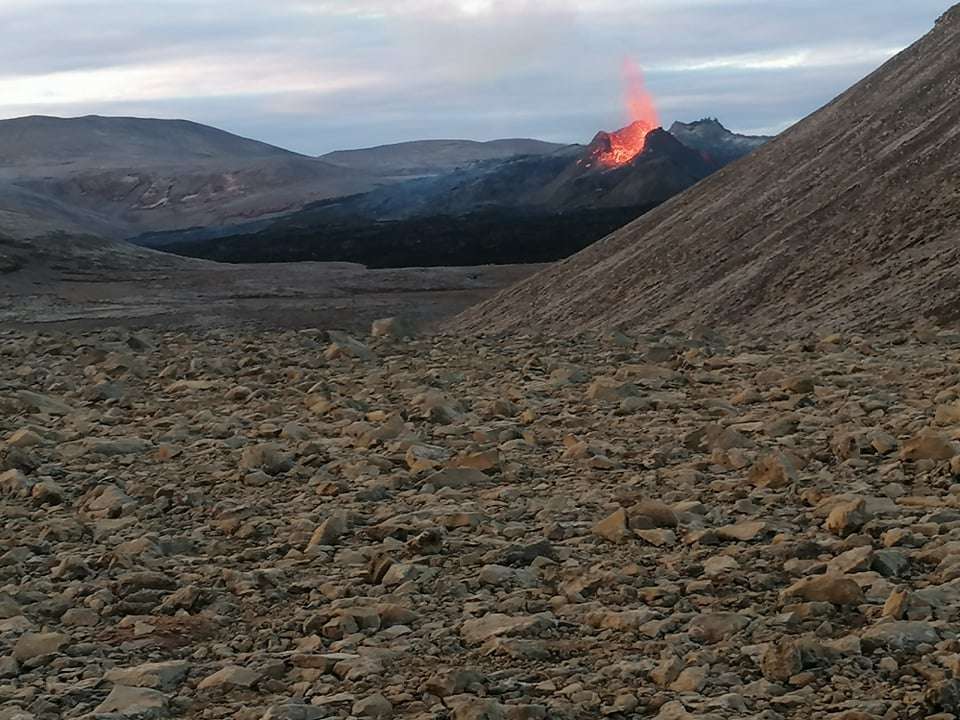 The sound of the the volcano was something we had never heard before. Truly remarkable to hear rocks melting and being thrown into the air as liquid.

The experience of the heat was surprisingly comfortable after a chilly walk upwards. Kind of like sitting by the fire in your own house if the scenery was a bit more extreme, if you know what I mean. Even  though were near it, it was too far to roast marshmallows.

The smell was powerful but not overpowering.

It crossed my mind that it would be interesting to know what we were inhaling. 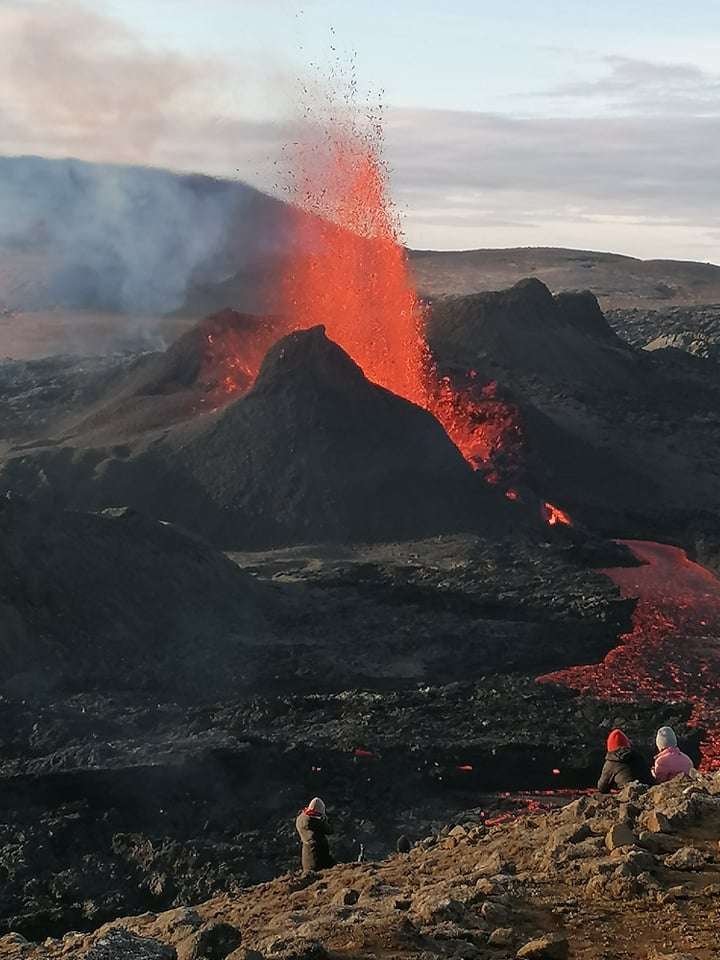 Hiking by a lava river – Photo by Helga Stína

The crowd, mostly Icelanders apart from a few tourists, sometimes in their sneakers and leather jackets, was a mix of children down to one year olds, families, friend groups, extreme hikers and a few hardy senior citizens. The look on people’s faces and the amazement in their voices when seeing the volcano for the first time added extra enjoyment to the trip. It was a festive crew.

It´s starting to get real now. Covid has been hanging over our heads in the last one and a half year. Now finally we can see an end to this in some places of the world. And as for a miracle, Iceland starts to erupt, like by an order of the tourism board or something. Quite incredible. 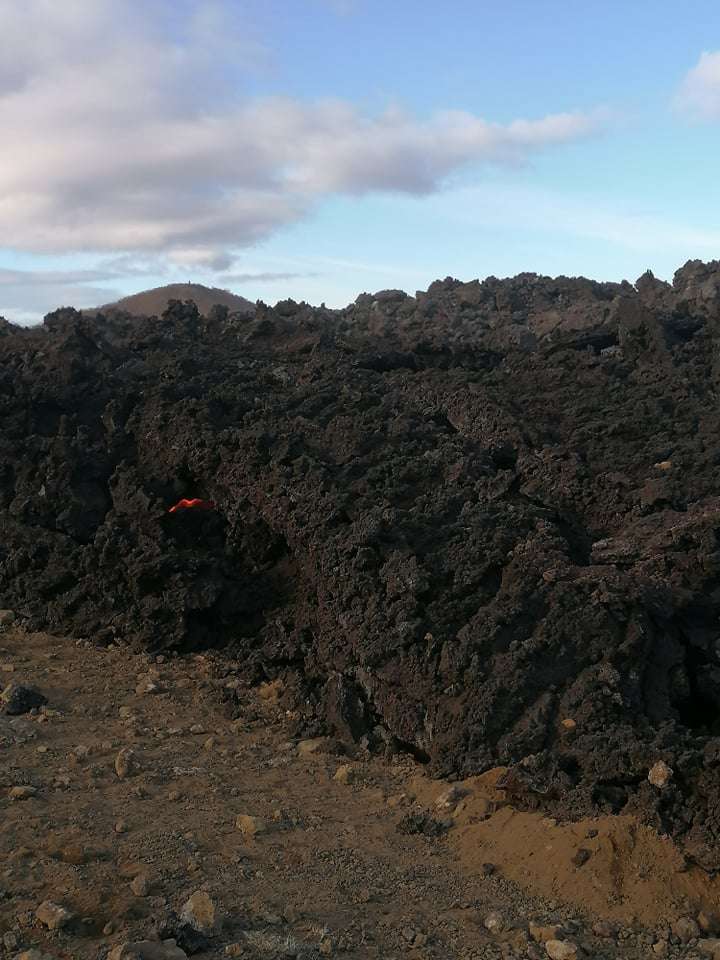 After the financial crisis in 2008, Iceland had a big eruption in 2010 when Eyjafjallajökull erupted, making air travel impossible for days. The Icelanders were not sure what would come out of that. But in the aftermath of that eruption, Iceland became a household name and Eyjafjallajökull glacier something everyone wanted to be able to pronounce, with often interesting results. 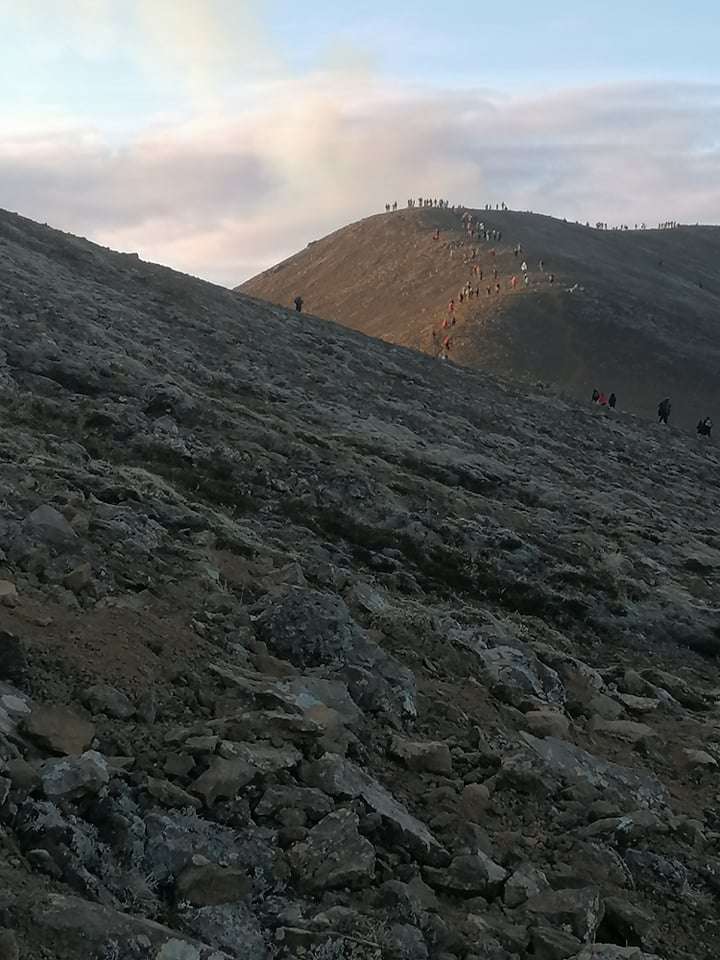 Hiking to see the glory – Photo by Helga Stína

Now Iceland is opening up for vaccinated tourists and for those who have had Covid before.

You won´t find the volcano in any guidebook nor will you find much that is current about the Iceland travel scene.

Piecing together a trip at this current moment isn´t as easy as it may look. If you want to make the most out of your trip to Iceland a personal travel planner has never been more valuable.

If you want to get the best from your time and money, and not miss memories and connections that will last a lifetime, involving a personal travel planner is a great choice.

That is what I do. 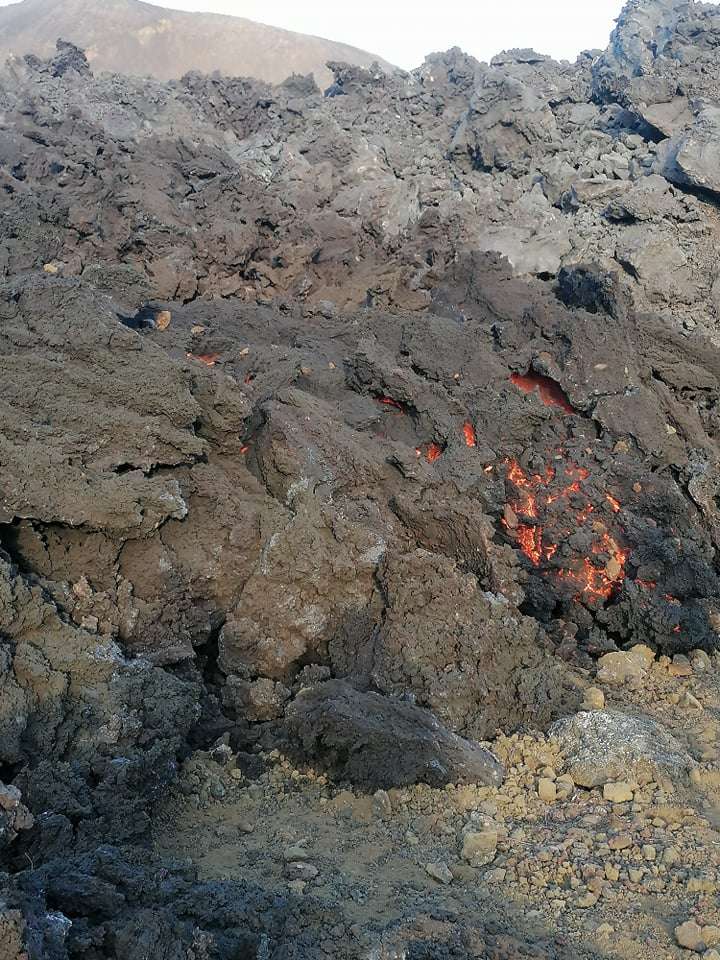 Have a look at this amazing drone film from this magical eruption in Iceland.