Iceland Unwrapped by Helgastina
4 May 2022

I have to admit, I didn’t share my true objectives with my travel companions until after we rented the Landrover. Contemplating the costly consequences of damaging an almost new but uninsured car during a river crossing is an effective way of killing any adventure in the making. And an adventure was what I was after.

It was the same dedication that didn’t make us stop for long at the warning sign at the beginning of route F88 to the Askja crater, telling us not to continue without proper preparation, experience and gear.

‘Áfram bara!’ we said to each other, the Icelandic version of ‘Let’s go!’. 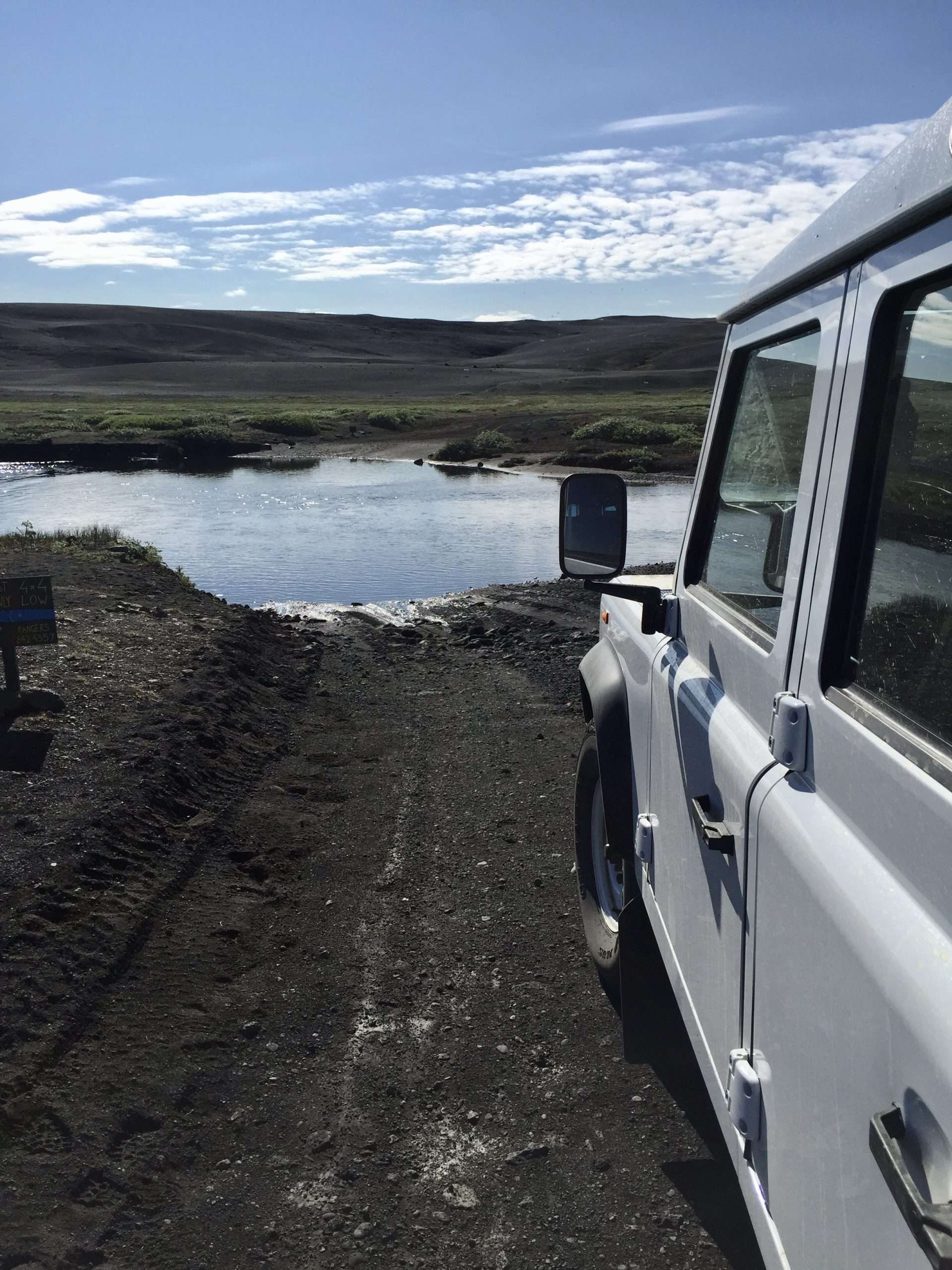 And the road turned out to be challenging indeed. We were driving for hours through the lunar landscape of the highlands, crossing rivers with the car we would never consider wading through.

There is video footage of our first river crossing, in which you can hear me giving instructions to myself on how to handle the car while trying to radiate confidence to my passengers – obviously in vain. Every now and then we were overtaken by faster and bigger cars that were ferrying tourists up and down from Akureyri in one day trips. With a nervous grin on my face, I assured my travel companions our self-drive adventure was the better option.

The stops were as welcome as magnificent. Herðubreiðarlindir, Herðubreið herself, Askja and Öskjuvatn exceeded expectations, already raised to astronomic levels by pictures and travel guides. 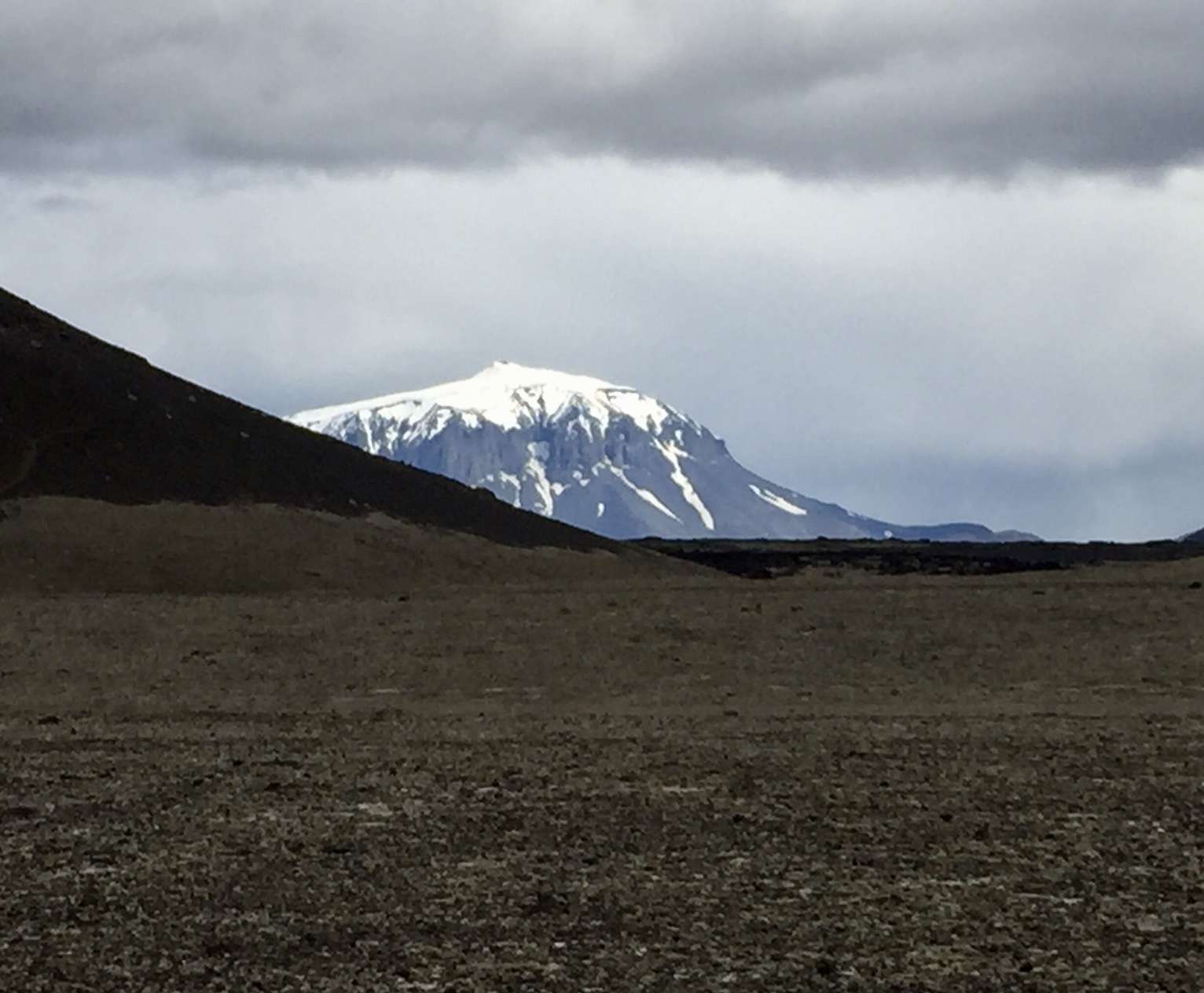 But the best was yet to come. As often, the highlights of the trip aren’t the ones predicted in the travel guides. From a chat with one of the rangers of the Vatnajökull National Park, we learned there was a recently risen opportunity to take a natural hot bath in one of the upstream branches of the Jökulsá á Fjöllum river. Following an unmarked track, she was happy to point out to us, we arrived at a recent extension of the Holuhraun lava field.

None of us is ever going to forget the experience: being absolutely alone in the middle of the highland wilderness, swimming in a warm glacial river next to a steaming lava field at arm’s length of the Vatnajökull ice cap truly was the highlight of the holiday. 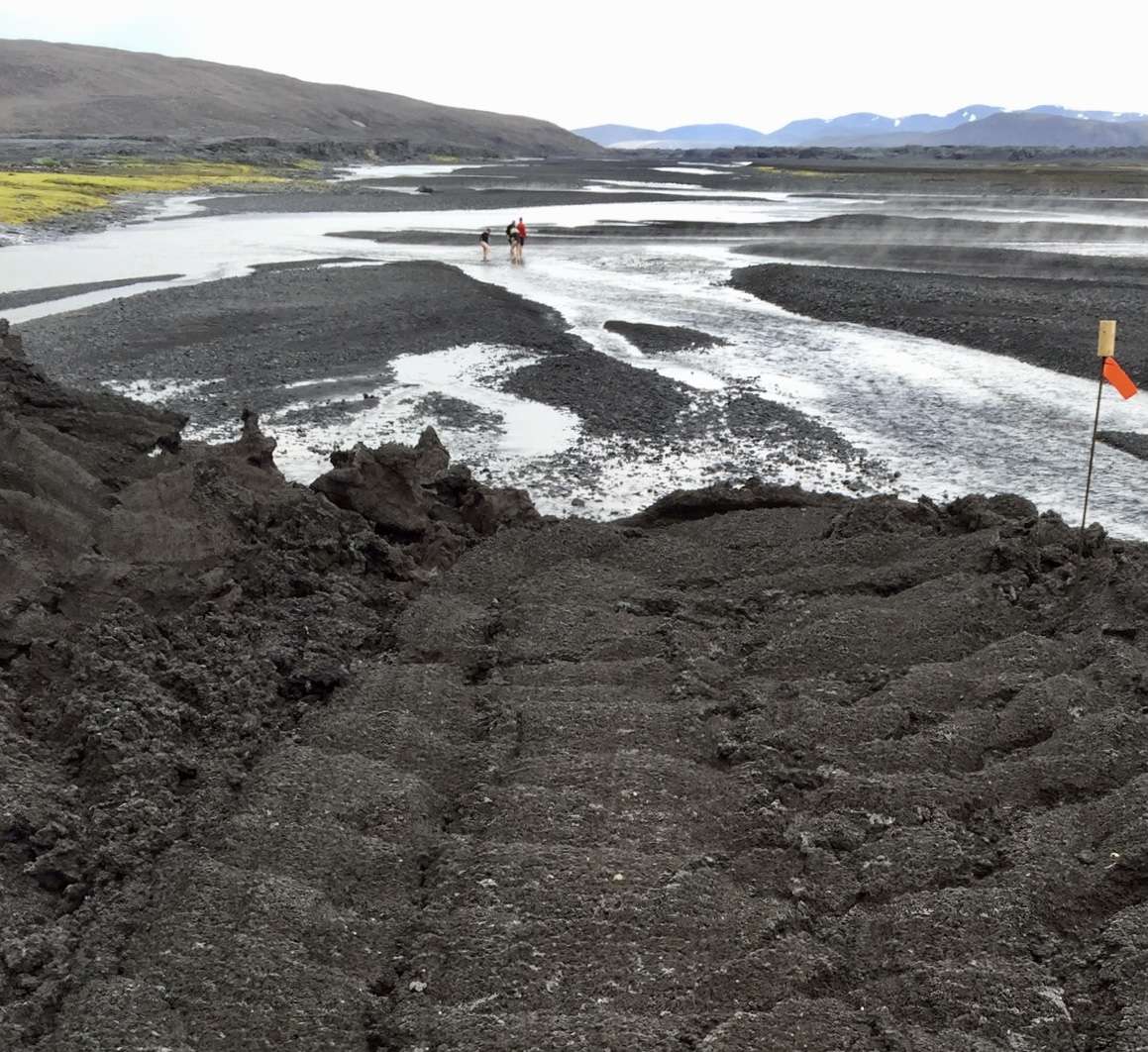 Unfortunately, some of us weren’t fully prepared for everything. While most of us packed their swimming suits in the morning, some didn’t. Which wasn’t much of a problem while being amongst ourselves.

But when the local rescue team on duty showed up at the site after an hour, the situation turned mildly awkward. Keeping cool already was the theme of the day but doing so when climbing out of a river without swimming trunks under the watchful eyes of six Vikings wearing survival suits and sunglasses is something else.

Fortunately, they planned to do the same as we did, and fortunately some of them were as ill prepared as we were. Shared awkwardness turned into a funny situation.

Never forget to bring your swimming suit regardless where you are going is a lesson not to be learned often enough in Iceland. 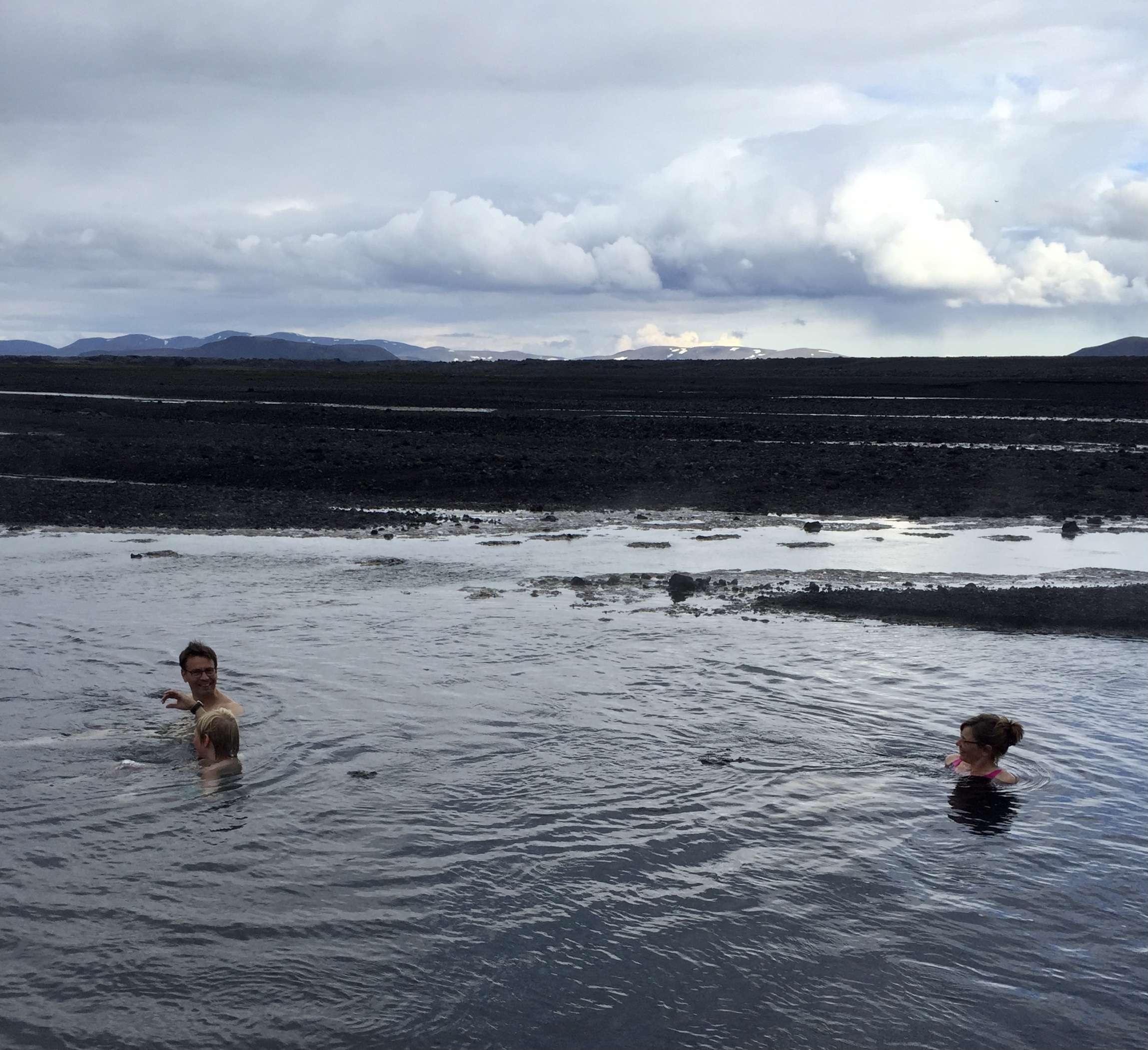 And so, we found ourselves at a distance of more than 150 kilometers away from the nearest paved road early in the evening. It wasn’t going to be dark anytime soon, but we still had to travel quite a distance before we finally reached the Möðrudalur skáli just before closing time.

Our dinner of sandwiches, hot dogs and soda could not have tasted better…

Arjan van der Weck is a geographer, specializing in international projects. He is based in Delft, The Netherlands and his wife Hanna Lára is Icelandic.